Plans for £70m incinerator in Perthshire back on table 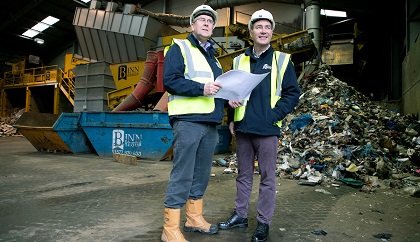 A waste management firm has resurrected plans for a £70 million incinerator in Perthshire.

The Binn Group is set to table fresh plans for the energy-from-waste plant at Glenfarg.

A similar scheme was given permission nearly a decade ago, but it was never built.

The fresh proposals request a 41% increase in the capacity of the facility.

Chief executive Allan MacGregor said: "If plans are approved, we would hope to start work later this year, creating 200 jobs during the 28-month construction and development phase, with 30 permanent jobs once the plant is operational - hopefully by early 2023.

“The work represents a £70m capital investment and will ultimately result in an estimated gross value added (GVA) of around £12.6m for Scotland and £2.8m locally.

"“The captured electricity will feed the national grid and as a component of the energy is renewable, will contribute to the ongoing decarbonisation of Scotland’s power supply.

But Scottish Greens MSP Mark Ruskell is against the proposals, saying public opposition from several years ago still exists: