Man jailed for part in £500k robbery at Gleneagles Hotel 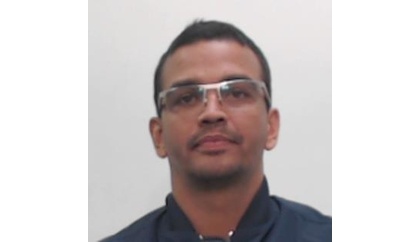 A third man has been jailed for his part in a £500,000 robbery at Gleneagles Hotel in Perthshire.

Dean Jones, 39, was brought back to the UK after fleeing to Brazil.

Two other men have already been jailed for their involvement in the incident in June 2017, in which 50 Rolex watches were stolen.

Jones has been sentenced to 11 years and four months in prison.

DCI Andrew Patrick from Police Scotland said: "Jones, along with others, committed a serious crime targeting Gleneagles Hotel, causing great distress to those who were working and staying there.

"Two other men have already been sentenced for the crime, while Jones fled the UK and was later apprehended trying to enter Brazil in 2018. With assistance from the Foreign and Commonwealth Office and National Crime Agency, officers from Police Scotland travelled to Brazil to extradite him back to Scotland in October 2019.

"This sentencing serves as a warning to others that such crimes will not be tolerated. These crimes will be fully investigated to ensure those who are responsible are brought to justice."