Council leader says nothing off the table in council cuts 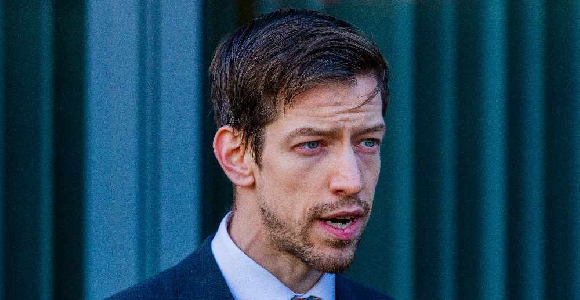 The leader of Dundee City Council has admitted "nothing is off the table" when it comes to cutting frontline services in the city.

The local authority will have to cut spending by nearly £17 million when it sets its budget next Thursday.

Detailed proposals of how the money will be saved have yet to be revealed by the various political groups, but Mr Alexander has confirmed council tax will rise.

It could go up by as much as 4.84%, the maximum allowed for Scottish councils.

Mr Alexander says residents will be hit with a combination of rising costs and cuts to services, as the authority looks to balance the books.

He told Wave FM News: "We know that there is already high levels of poverty and deprivation, but also we've got to balance that against some of the critical services we deliver, whether it be education or social work, or the other aspects of council services. We've got to get that balance right.

"Dundee is no different from other councils, and obviously Edinburgh and Glasgow, and a number of other local authorities, have already set out their budget position. They're looking at council tax increases and they're looking at increases in charges, as well as cutting back on some areas of service delivery.

"We can't necessarily, at this point in time, say we are wholly protecting any one service area - because of the cumulative effect. Over the last decade, we've had to take £100m out of the budget in terms of costs, and that has an impact.

"Now, I think people are going to more visibly see that, then perhaps they have done in the last few years."

Some critics have claimed councils can choose not to pass on budget cuts, even though the funding they receive is largely influenced by central government.

Mr Alexander insists he has not settled for the funding the council receives - and has lobbied for more cash to come to the city.

"If there was more money to come forward, I would welcome that with open arms. As you would expect as leader of the council, irrespective of my political affiliation, I am making those asks very robustly to my colleagues in the Scottish Government and also the UK Government.

"It's this kind of domino effect of each government setting their budget, which then dictates how much we have to save. I will make to anyone, to any political party, that local government would be better-placed if we had more resources to provide the services that are absolutely essential to people in the city.

"Nearly a quarter of a billion pounds has been spent on education in the city over the last 10 years, at the same time that our budget has been on the decline. We've upped our housebuilding projections to 1,000 properties from 650 at the last election.

"Our commitment is there to do more, but we're having to do more with less, and that's becoming more and more challenging, so nothing is off the table.

"We will always try to make the best decisions we can, but it is against that backdrop of having that one hand tied behind our back in some ways."

The council's administration's proposals for saving money are expected to be revealed before the end of this week.